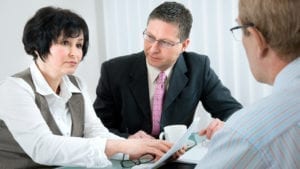 Either the petitioner or the respondent can request spousal support in California. Spousal support, also known as alimony, is based on a number of factors. Some factors are the gross income of both parties, the number of dependents, annual child support payments and healthcare premiums paid. … END_OF_DOCUMENT_TOKEN_TO_BE_REPLACED 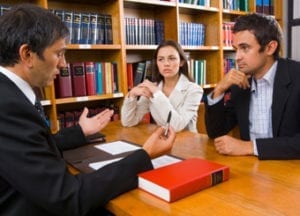 Can You Afford a Divorce Lawyer?

Often people think that they cannot afford a divorce lawyer. They may feel that divorce fees are too high and that attorneys charge too much money on an hourly basis. They may also feel that their case is easy and doesn't require an attorney. However, an affordable divorce lawyer can be found! In … END_OF_DOCUMENT_TOKEN_TO_BE_REPLACED 10 Steps to a Cheap Divorce

Everyone wants a cheap divorce. The question is--how to get a low cost divorce that is both easy and gives you the desired outcome? Follow these 10 steps which will almost certainly assure success. 1.) Resist the temptation to sign up for a divorce initially as this is the time when your … END_OF_DOCUMENT_TOKEN_TO_BE_REPLACED When a person decides to divorce, he/she usually wants to do it as quickly as possible. The parties involved may have tried therapy or counseling or they may just realize that the marriage is not working. Sometimes they are already separated and now wish to divorce. Some may want to remarry and … END_OF_DOCUMENT_TOKEN_TO_BE_REPLACED

Most people want to save money on their divorce. In California, there are ways to do this. California is very supportive of those who wish to file their divorce ‘in pro per’ or without legal representation. Although litigants can save money handling their case without a lawyer, they can also waste … END_OF_DOCUMENT_TOKEN_TO_BE_REPLACED In Pro Per Divorce